The Okataiana Volcanic centre lies in the Taupo volcanic zone and there have been several huge explosions in the last 250,000 years. After each eruption the area surrounding the vent collapsed filling the space left by the escaped magma. A large caldera roughly 18km by 25km has formed and less violent eruptions over the last 40,000 years have filled its floor with a mixture of pumice. lava flows and lava domes.

Tarawera volcano had four major eruptions between 18,000 and 800 years ago. The 1886 eruption which formed the Waimangu valley was by comparison a small event but is still the largest in European times. A rift 18 km long opened up in the space of a few hours. Huge volumes of molten basaltic magma and mud resulting from the explosion of the hydrothernal system under Lake Rotomahana were ejected. The eruption destroyed the famous pink and white terraces. Seven small villages in the vicinity of the lake were destroyed with the loss of 120 lives.

Untitled from john west on Vimeo.

When you stand on the sands at Maori Bay on Auckland’s ruggedly beautiful west coast you can’t help noticing the striking features on the cliffs behind you. Two large feeder tubes carrying huge volumes of andesitic basaltic lava spilled across the ocean floor about 17 million years ago.  In time the flowing lava cooled and solidified. Two large large fan shaped structures in the cliffs above the beach remain as evidence of this event. They are thought to be the main feeder tubes that carried the lava under the sea. The radiating columns developed as the lava cooled and contracted

The large feeder tubes split open and lava at about 1000 degrees celsius spilled into the ocean where it cooled rapidly leaving a glassy layer on the surface. This shows up as a light coloured ring around the “pillows”.

Further round the coast in Collins Bay the pillow lavas are overlain by conglomerate.The cobbles and boulders in the fallen block of conglomerate at the southern end of Collins bay would have come from a similar ancient beach.This material would likely have been transported to its present site by a series of landslides. The walls of a large submarine canyon the debris flowed through can be seen in the cliffs a short distance away.

Underwater processes that produced the pillow Lavas at Maori Bay.

Auckland Volcanoes: Lake pupuke one of the oldest volcanoes of the Auckland field……

Auckland Volcanoes: Lake pupuke one of the oldest volcanoes of the Auckland field......

…..next to the youngest volcano of the region, Rangitoto…… 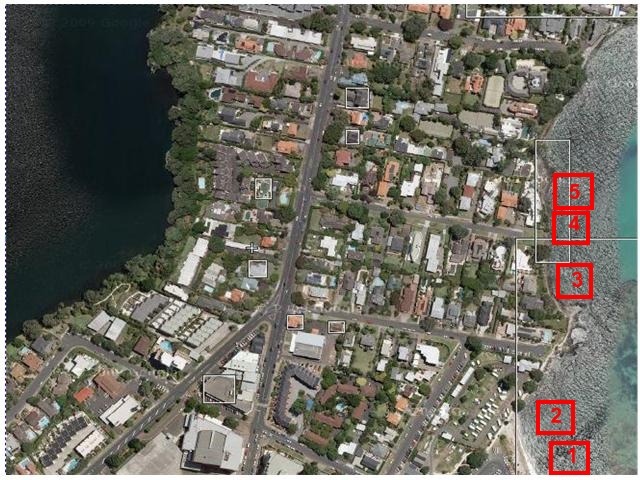 …..next to the youngest volcano of the region Rangitoto……

It probably started with a huge explosion about 120,000 years ago. Basalt coming from depth finally encountered cold water and blasted large volumes of mud and ash into the air where it fell as a tuff ring roughly where hurstmere road skirts Lake Pupuke today. Molten lava swirled round forest trees close to where the Takapuna boat ramp now sits. Trees with their deadly collar of solidifying lava were incinerated and only the moulds remain today . The remaining lava  kept on flowing to devastate other parts of the ancient forest.

There are many examples of the effects of lava flowing through a forest containing some very large Kauri trees along the shoreline from the boat ramp to O’Neils Avenue. Places of interest are numbered. Can you spot them in the flickr photos? 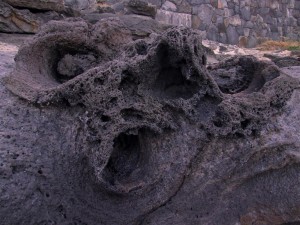 120,000 years ago a lava flow streamed through here carrying logs and branches. The wood screamed as it slowly vapourised in the molten lava.