gaming:Nintendo Wii in the science classroom

Many games are driven by physics engines that mimic motion in the real world in a virtual counterpart. Phun discussed earlier is a simple 2D example. A number of classes had a brief look at the technology behind the Nintendo Wii and the physics concepts underpinning the games. The boxing game will have to be banned in future as students let loose in a virtual world were determined to punch each others’ lights out risking a virtual school suspension

Some physics concepts identified include: 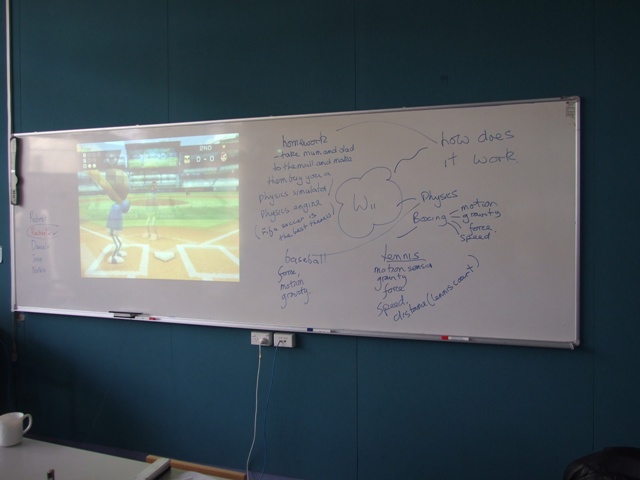 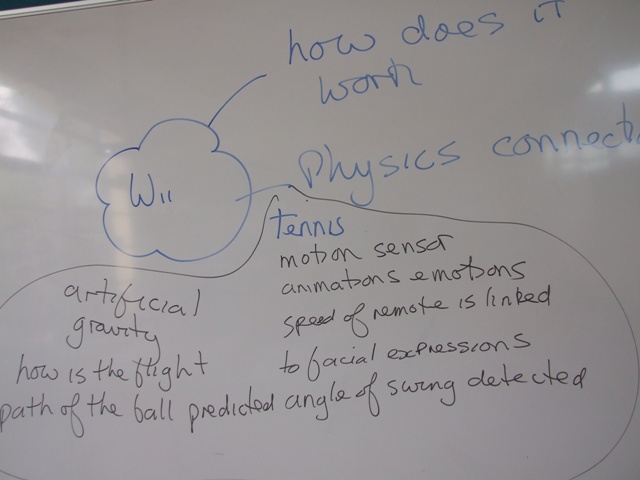 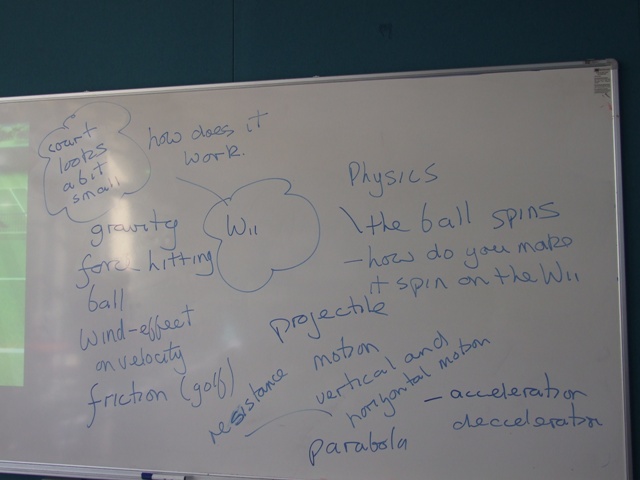