Gas explosions and the Pike River coal mine disaster.

29 miners were killed recently either as a direct result of a methane gas explosion or its aftermath. Why do some gas air mixtures combust explosively.

In the science laboratory you should be familiar with the “pop test” for hydrogen. The” pop” is caused as the hydrogen in a test tube explodes when a lit match is placed under it. Have you noticed that sometimes there is no explosion or only a gentle noise. The full explosion is only observed when the hydrogen air mixture is just right.
What about the science?

For combustion to take place you need a fuel and air. In the case of gasses there are a number of possibilities.

In the experiment demonstrated the fuel used to cause an explosion is hydrogen.

Mining, there is a lot of gold in New Zealand

The Government is seeking feedback on removing 7058ha of conservation land, which is currently protected 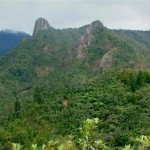 , from Schedule Four of the Crown Minerals Act. The prospect of mining on the Coromandel and elsewhere has been controversial and there was a large demonstration  in Auckland last weekend.

Mining is a comparatively recent event in geological terms.  The story actually began about 25 million years ago when the Australian and Pacific plates began a slow glancing collision that still continues today. There were a number of  immediate (millions of years in geological terms) effects. 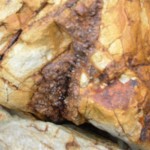 The mineralised water moved through the fractured rocks. Vein like structures formed and minerals deposited when the water cooled. Gold and quartz tend to crystallise  together explaining why old miners  looked for quartz veins. The early tunnels at the Waihi mine followed such veins extracting the gold as they went. It eventually beacame uneconomic to mine in this way. When the mine closed in 1952 there were 16 different levels of tunnels  to a depth of almost 600 meters. The tunnels were approximately 175 kilometers in length. When the mine opened again in 1987  they simply dug everything out and turned the old workings into the open pit you see today.

The yellow or brown coloured rocks so common on the Coromandel are a result of iron sulphides being broken down by the super hot water saturating the region. Similar  bright coloured rocks are to be found in Tasmania where extensive mining has also taken place.

The Waihi Mine today and some issues that mining companies have to address.

Ore is a rock containing minerals with important elements including metals. Gold is found uncombined with other elements. Mining is the large scale version of the experimentys you carry out in junior science  separating substances. The process At Waihi involves a number of steps.

Where did they put waste rock from the mining process. A very large hole in the ground should be transformed into a very large pile of rubble. What impact has this had on the environment?

In the slideshow the mine owners answer some frequently asked questions. Yebiisu a dub reggae band who record at Kog studios in Titirangi ask more fundamental questions in their protest song.

Prepare a multimedia presentation that can be embedded in a blog to convince the New Zealand public that either: