AS 91164 Structure and bonding:Practice question 1

Silicon and oxygen atoms are arranged in a three dimensional covalent network. A portion of such a framework is shown here. In this arrangement, the stoichiometry is reduced to SiO2, (each silicon has a half share of four oxygens) which is often called silica. A collection of small pieces of quartz is sand.

Tackle both questions on quartz and zinc below.

Particles and Thermochemistry, Michelangelo should have studied achievement standard AS 90780

NCEA povides a framework for learning science and this can be useful when you are studying for exams. The content in exams is created directly from the standard so there should be no nasty surprises. In many cases you can answer questions by  trotting out standard key phrases when you have decoded a question. (what are they really asking for?). There are a limited number of ways questions can be formulated to check that you have mastered aspects of the standard.

“I hope that I may always desire more than I can accomplish.” Michelangelo Buonarroti. (or aim high and go for 14+ credits)

“Coal and diamonds are made from the same stuff, coal is just a work in progress” Garry Moore Principal Rutherford college… actually I think he nicked it from someone else. (you start school as grubby wee lumps of coal, we put you under heaps of pressure and by the time you leave you sparkle like diamonds. ) 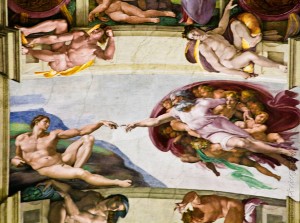 Michelangelo was a celebrated sculptor, painter, architect and poet who also gained a lot of practical chemical experience  formulating paints that have lasted for centuries. When he was younger he learned a great deal about human anatomy dissecting bodies Cinnibar gave a deep red colour, Lapus lazuli released blue for the skies in his frescos. Copper soaked in vinegar or urine would produce green salts. Recycling allowed burnt  almond stones to produce black and plum juice yielded purples. Local rocks could be ground down to give yellow and red ochres. Michelangelo couldn’t pop down to the local   resene paints stockist to buy a few tins of paint and get advice on how to apply it.

Pigments come from one of four sources:

Michelangelo would have had access to period instructions for the  manufacture of different paints. Not all of these process would have got past modern OSH regulations. This particular recipe must have smelled foul “Innsbruck Manuscript (c 1330) To make a green dye, take verdigris and boil it in urine and mix alum thereto and a portion of gum arabic, and dye therewith; to make the color lighter, take the same color and add orpiment and mix it with alum, cooked in lime water and dye therewith. “ 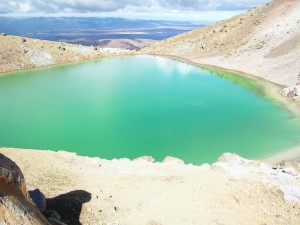 Where does colour come from?

Transition metal compounds are coloured and this property is explored in AS90780. The part of a molecule that produces colour is known as a chromophore, If Michelangelo had studied AS 90780 he would have understood why the chromophore causing the intense blue of lapus lazuli would remain stable for centuries. The intense blue color is due to the presence of the S3– radical anion (think back to drawing Lewis diagrams for ozone (O3 )last year) in the crystal lattice. The S3–  ion is safely trapped in an aluminosilicate cage and won’t degrade. Aluminosilicates form 80% of the earth’s crust and their prevalence is a result of aluminium ions and silicon atoms being similar in size. Closer to home the green colour of the lakes on Mount Tongariro  is due to the presence of polysulphides formed as molten sulphur leaks into the lakes from below.

As90780 level 3 particles and thermochemistry 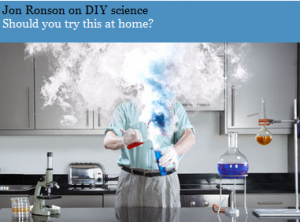