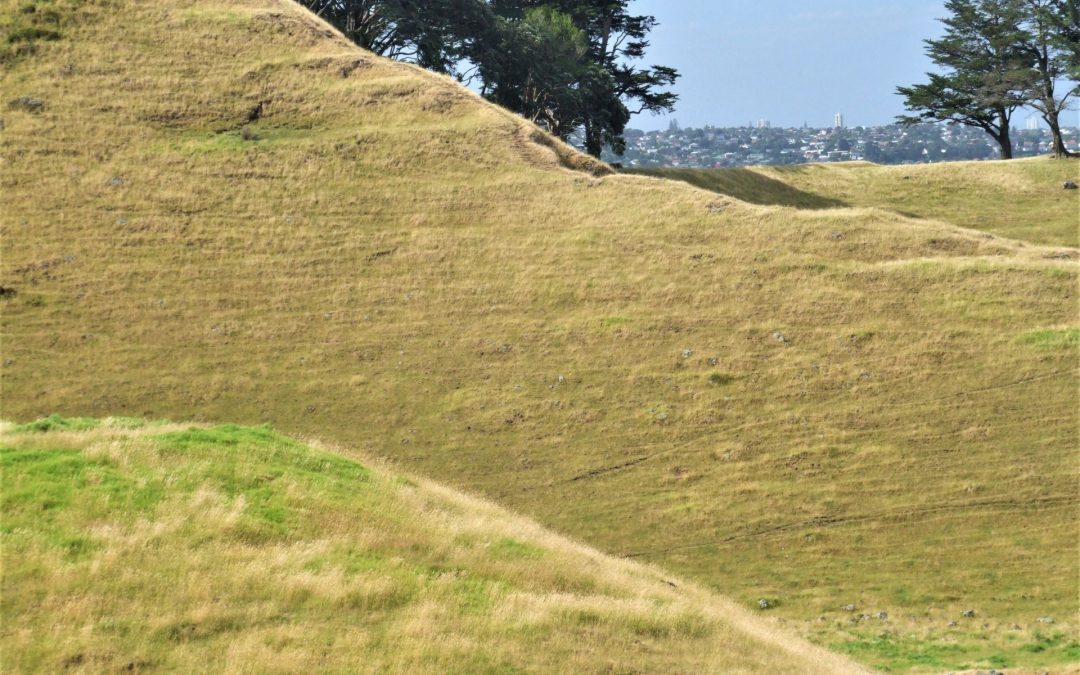 Mangere Mountain has a number of important features for Auckland Volcanic Field geeks to get excited about.