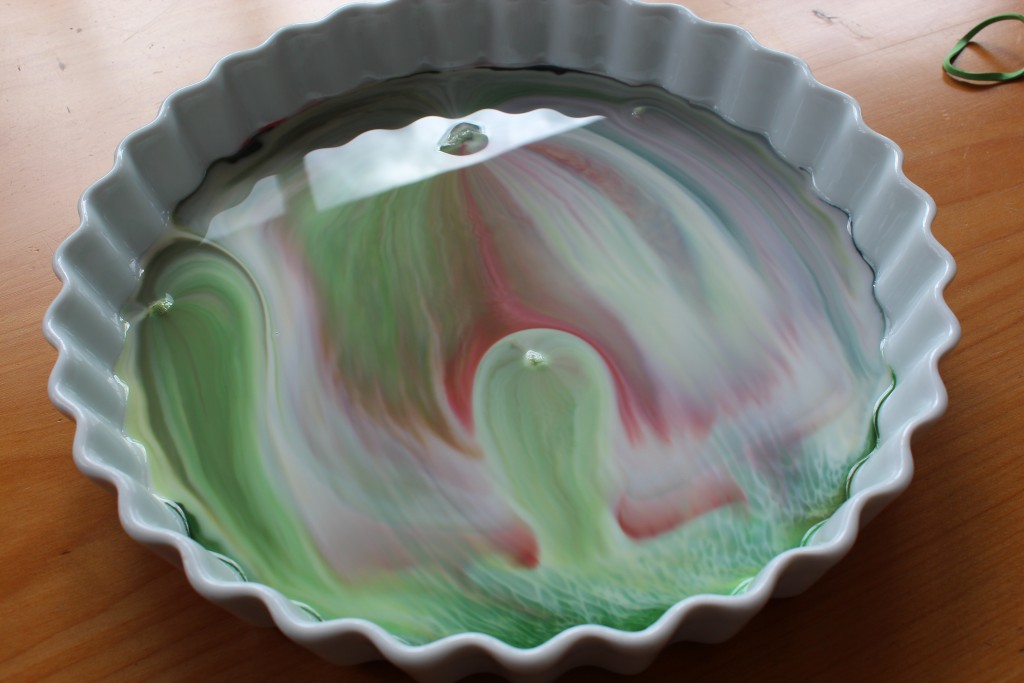 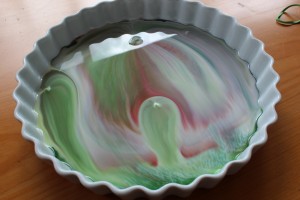 I did this video for my granddaughter Sophie who lives too far away to see as much as I would like. The chemistry behind the moving colour is fascinating but I’ll leave that for now.

What happens when sodium and chlorine atoms react?

Sodium has one electron in its outer shell. Chlorine has seven electrons in its outer shell. When they react sodium loses an electron to become a sodium ion with a charge of +1. Chlorine atoms accept an electron to become chloride ions with a charge of -1. After reacting the sodium and chloride ions have a full outer shell of electrons. A full outer shell of electrons is a stable arrangement. The inert gasses in group 18 of the periodic table all have a full outer shell and characteristically are very unreactive (they don’t easily combine with other elements). The new substance sodium chloride is made up of ions. Compounds that have ions bonded together are called ionic. The ions are held together by powerful electrostatic forces. Ionic compounds typically have high melting and boiling points as a consequence.

Homework… how much of this do you understand?

Neutralisation reactions and the dissociation constant for water

neutralisation and Kw HD from john west on Vimeo.

Enthalpy of neutralisation from john west on Vimeo.

The changes  they investigated

Some photos of the visit