The coolest place in the universe, studying physics at Auckland university

If you are interested in the study of physics at Auckland University information from the handbook can be found here.

Stage 1 courses at Auckland University assume an entry standard equivalent to above average achievement in Level 3 NCEA physics and mathematics with calculus.

You can’t expect to seriously study science beyond NCEA level three if you haven’t been doing the hard yards in science and mathematics at level 1, 2 and then level 3.

The Physics department at Auckland university does some excellent front line research on a relatively small budget. To this extent the physics department can claim to have the coolest spot in the universe as professor Maarten Hoogerland investigates Bose Einstein condenstates 50 nanadegrees above the coolest temperatures possible (about -273 degrees celsius).

How do scientists cool matter to such low temperatures?

The temperature in deep space never rises  2.7 degrees above absolute zero. This is still far too hot for the experiments carried out by professor Hoogerland.

The trick to making atoms extremely cold is to corral them in a vacuum intersected by a series of criss-crossing lasers (just like mission impossible). A whiff of rubidium gas is introduced into the laser field which cools the atoms. Its a little like firing table tennis balls at at a soccer ball, if you hit the target often enough you will slow the large ball down. The photons of laser light are the table tennis balls.

the coolest place in the universe from john west on Vimeo.

Careers in Science: Civil Engineering and 9/11

According to Wikipedia Civil Engineering is a discipline that deals with the design construction and maintainance of structures like bridges, roads,  canals dams and buildings.

The World Trade Centre consisted of 7 buildings on a 16 acre Plaza in lower Manhattan. 19 terrorists hijacked four aircraft on the morning of September 11 2001. The hijackers crashed two planes the Trade Centre towers which collapsed within 2 hours. A third aircraft crashed into the Pentagon building in Arlington,Virginia and the last one nose dived into a field near Shanksville in Pensylvania.

Just why the “twin towers” collapsed has been the subject of various conspiracy theories:

Eight years on and even after thorough scientific investigation the myths continue to grow in sophistication. Apparently nano-thermite particles (ask any 6th form chemist about factors controlling reaction rates and what highly exothermic means) have been found in the rubble of Ground Zero by a Danish professor. Nano-thermite is a highly reactive compound used by the US Department of Defence. It is also used to lainch rockets. 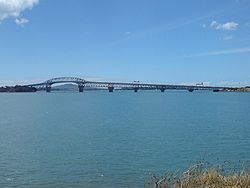 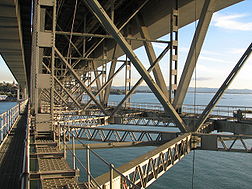 Civil engineers are skilled in the use of science and mathematics to build structures that don’t fall over. The Auckland Harbour Bridge needed extra capacity hence the addition of nippon clipons in 1965. The two-lane box girder sections added on each side of the bridge doubled the traffic lanes to eight. Structures must be  maintained and cracks discovered in 1987 and cracks/material fatigue found  in 2006 could not be ignored. Generally engineers get it right and we trust their safety margins. Currently vehicles are restricted to weights of 13 tonnes or less after further concerns that a traffic jam stopping flow on the bridge could cause the clip-ons to unclip.

Similarly we don’t expect the sky tower to blow over in high winds although the revolving restaurant at the top is sometimes closed in storms as the swaying motion causes soup to slurp over diners’ bowls. Swaying is good as far as engineers are concerned. The alternative, snapping to release strain is not a popular choice!

Civil engineers can use science and mathematics skills to determine the likely causes when buildings and other structures do fail catostrophically.

Purdue University worked with the American Society of Civil Engineers to produce an analysysis of the most likely chain of events leading to the collapse of the twin towers eight years ago. This involved thorough mathematical and computer modelling of the forces involved using the original building blueprints. Data defining the properties of the construction materials were also fed into the calculations.

Structural weakening due to fire is the only credible scientific theory explaining the collapse of the twin towers.

Civil Engineering at the Univerity of Auckland:

from the student handbook:

NOTE……NOTE…….. The importance of mathematics in the study of science at University

Angela Hart the Futureintech facilitator for Central and West Auckland visited the School this week with a team of young engineers to talk to year 11 science students about geological sciences. 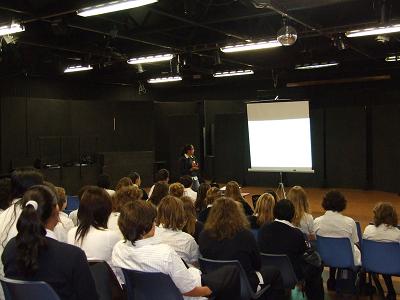 Ana Petaia is an engineering Geologist. Ana reckons Geology is a great career for girls because she gets the boys to do all the heavy rock lifting while she has a coffee. No two days are the same and there is no fixed routine in her life. She does consultancy work as well. 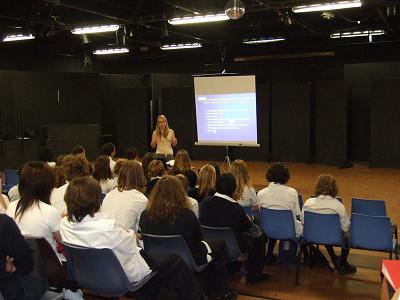 Amelia Fillion has travelled extensively and is currently a Senior Civil Engineer. She is tunneling through hillsides making motorways and supervising other major projects at the moment. She is also studying for further qualifications. You never stop learning! 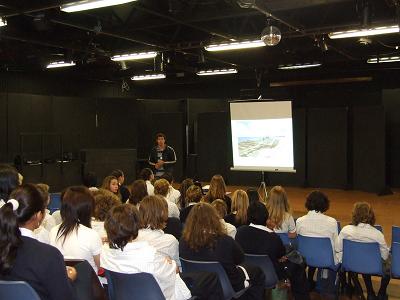 James Beaumont is a Project Geotechnical engineer. He has been working in Tonga recently building a new jetty for large cruise ships. He brought core drilling samples to the seminar. Maths is very important to scientists. James pointed out that “it is the language we use to describe how things work in our everyday lives.

The team stressed the importance of considering subject choice carefully. The careers department can assist you here. Go and talk to them!

Engineering is fun………but first you need to work hard towards level 1 science.